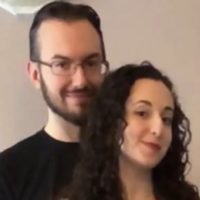 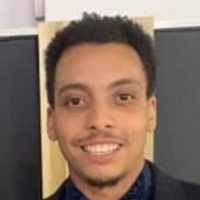 Benefits of Martial Arts for All Ages

Benefits of Martial Arts for All Ages

Martial Arts has many social, physical and psychological benefits for all ages. This discipline requires perseverance, teaches core values and provides great advantages in return.

Contrary to popular belief, this sport is not violent nor does it encourage aggression. It doesn’t even require great strength to practice.

Like other sports, martial art develops the body’s physical, mental, and emotional capabilities.

Martial Arts are also very technical and discipline, which helps ALL learn how to control their body. It provides complete training, giving social and psychological value.

What are the Martial Arts?

Martial arts are based on philosophy on courtesy, integrity, perseverance, self-control and indomitable spirit!

The Martial Arts are thousands of years old. There are many styles to choose from. The style you get involved in will depend on you why you are starting.

Taekwondo is a very popular style.  It stands out for a variety of techniques that use the hands, feet, elbows, fists and even knees. It also involves personal self defense.

In addition to the physical or technical level, Taekwondo represents an entire philosophy based on five principles: courtesy, integrity, perseverance, self-control and indomitable spirit.

It’s one of the best-known and most widespread martial arts. It’s estimated that more than 30 million people practice Taekwondo in more than 144 countries.

Taekwondo has also become an Olympic sport. It began as an exhibition sport in Seoul 1998. The first Olympic combat competitions were held during the 2000 Sydney Games. 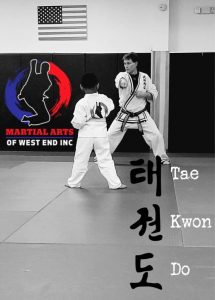 The benefits of Martial Arts

This sport can become a way of life for those who practice it. It’s an instrument for achieving physical and mental balance.

Martial Arts seeks the realization of the human being in all senses. In the case of children, it helps them to get through the most complicated stages, acquiring important personal values and healthy habits for life.

Provides control and knowledge of one’s body.  Since this is achieved through basic movements but on a highly technical level, it will prepare them for future activities of greater difficulty.

Martial Arts also helps to temper character. Those with high energy levels become more aware of their body and surroundings.

Even the most timid and introverted people will gain confidence, self-esteem and initiative.

By mastering their body, they gain self-esteem and self-confidence. In addition, they will learn to interact with their environment more effectively.

Important values such as honesty, loyalty, camaraderie, teamwork, respect and humility are fostered.

It’s an opportunity to foster cultural learning. Through Martial Arts, we have access to knowledge of customs, traditions and ways of thinking that are different from their own. It also teaches tolerance and solidarity.

This sport seeks to bring peace and tolerance to those who practice it, among other benefits. It’s an ideal aid to channel the inexhaustible energy of children, especially if they have disorders such as ADHD.

Changes don’t happen overnight, and it takes a lot of effort, perseverance and discipline to master the basics and improve.

Martial Arts take presence. You have to remember the values, responsibilities and tasks even when you believe you aren’t making progress. Above all seek support from your Master, Instructors and training partners. You will achieve your goals.